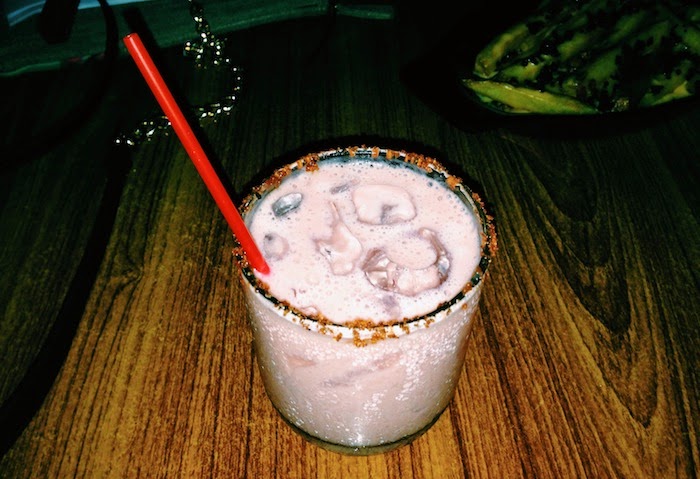 Burger's & Brewskies already won their case by naming this drink after 3 of my favorite things in the world. On a little food-venture with Erica, we decided this was something I had to put to the test at all costs. So I ordered it and waited patiently, dissecting what the possible mix could actually contain. I'm not a fan of girly drinks, or anything mixed, mainly because they give me massive hangovers, that makes me just wanna implode brain-first, so I was weary.

The description read "Tired of Mimosas & Bloody Mary's? Try this one instead. Bacon infused bourbon, strawberries & pancake batter(just kidding) But it tastes like it sounds.."

When it arrived, I first noticed that the glass rim was lined with bacon bits. What a tease! My final verdict is that, well, it is a girly drink, I expected more "bourbon", but it was actually pretty yummy. A Scotch on the rocks (double, please!) drinker myself, it was a bit too light for my taste.. but a great dessert-replacement. Its a pallet cleanser for sure, which was great because it went with the burger I had ordered (and devoured). I finally asked the waiter for the actual ingredients, and have the distinct feeling he was trying to avoid telling me.. because he never came back with an answer.

Final verdict: A seasoned mixologist myself, if I was to guess what I was drinking, I would say it was Tequila Rose on the rocks + bacon bits, but you can't deny the clever name and pretty presentation! 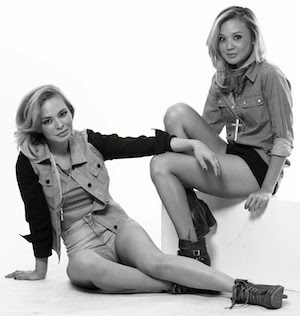